The fire is the main comfort of the camp, whether in summer or winter, and is about as ample at one season as at another. It is as well for cheerfulness as for warmth and dryness – Henry David Thoreau

I thought of Thoreau’s words (fuck that sounds intellectual, like I am at an Ivy Club gathering, showing off my superior knowledge of classic literature) when reading the new thought experiment by TheSavingNinja.

You wake up one rainy morning and after checking on your accounts you find out that you’ve been ‘wiped-out’ by a cyber criminal. You’ve lost all of the money and assets that you’ve ever owned and you can’t get them back. What will you do?

In case you’re new to the thought experiments, the way they work is that Saving Ninja posts a question, like “What would you do if you got given £1 million?”, and the blogger will have to write whatever they first think of. No pre-planning or major editing allowed and blabbering is definitely encouraged! It should read like an internal monologue.

Thoreau speaks of fire as a comforter. It warms, it comforts, it gives joy. A great metaphor for how I see my journey to FIRE.

FIRE is a comforter. And a healthy one that is, which cannot be said of the bottle of whiskey I have hidden in my study! It may be winter, it may be cold, work may be more hectic and demanding than ever before. But I have FIRE. I have a plan. A few more years of hard work and I will be financially independent.

FIRE also gives me joy. The journey has intrinsic value to me. Read my lips: ‘I do not only measure success by looking at my net worth’. Okay I say that being really confident that I will have loads of money in 5-7 years time. Remind me of my words when we get there and I may hit you hard, depending on whether I reached FIRE or not.

Like a real bonfire needs to be crafted with twigs, bark, sticks and logs and needs to be maintained to produce warmth for the whole evening and night, so is my journey to FIRE being crafted. I carefully consider how to proceed and what I need to do to make sure my savings can support me for as long as possible.

But with his thought experiment SavingNinja plays god. He opened up the skies and let it rain. He put out the fire I so carefully crafted. No more comfort, no more warmth, no more joy. Just the coldness and darkness remain. 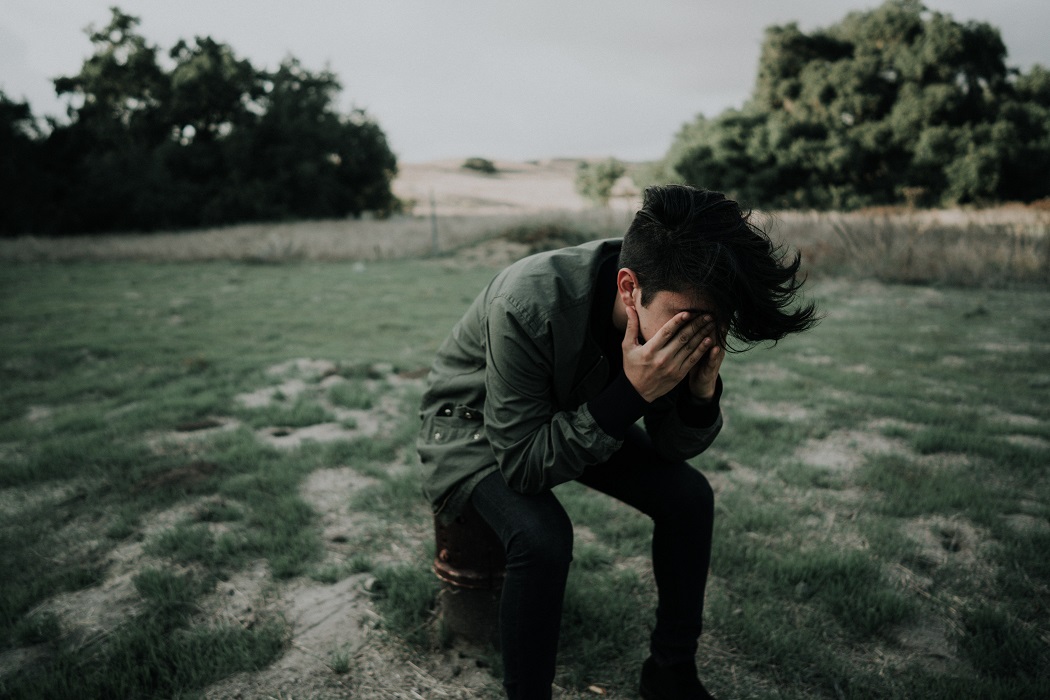 What will you do now Marc?

A state of shock

I sank down in my chair. My mind was racing, searching every corner – yes every brain-cell – for a plausible and harmless explanation. But no matter how much I tried, the full horror of the truth descended on me within seconds: My identity had been stolen. All my assets had been plundered. Transferred. To god knows where!

What would I do if such a disaster would strike? Would I panic? Yes! A few seconds anyway.

And after that? I’d file a police report. That’s a no-brainer. It’s like rushing to the hospital with a gushing wound. Everything else comes to a halt. Whatever I was planning on doing that day, it would have to wait. This would be an emergency. Filing the report would be first aid.

It is very hard to predict how one reacts in times of a (real) crisis. Will you stay calm and composed? Will you focus? Or panic? It’s an interesting test of character. If you’re the type who panics due to a cancelled flight (I’ve seen many people go berserk at check-in counters and gates), then how will you react if a real catastrophe occurs?

Having my identity stolen and my assets plundered would be my hell week (it would most likely last much longer than a week though). Would I yield? Give up? Suffer from depression? Or would I show character? Fight? Like a navy seal?

Let the police do their work.

I know Saving Ninja said ‘you can’t get it back’, but I will ignore this for a moment and explore the most likely scenario. I’d convince my bank and broker that my accounts were hacked. For unauthorized trades and transfers the customer usually doesn’t have any liability. If bank and broker agree, they will reverse the trades/transfers. Mind you, that’s what I have read. I have no clue how easy or difficult this will be in practice.

Well, that’s not true. I do have experience with unauthorized withdrawals. One time was after I took a taxi in town. I suspect me entering my pin-code was recorded on camera, because the next hour a substantial amount had disappeared from my account. The bank made me aware, blocked my card, I reported online and within a day I had my money back.

Another time was after I had paid with my credit card at some restaurant abroad. Not long after that a large amount had been credited. Same thing here. Within a day or two the transaction had been cancelled. I didn’t pay one cent.

So that’s great. My liability may end up being $0 and all is well after a week or two.

I have invested in alternative assets (crowd lending) as well. And to be honest, I don’t know what they would do if someone would go in, hack their system and somehow manages to create havoc, with no or little trace that I am the rightful owner of the assets. I need to look into that!

And then there is the house. Here we’re talking about the land registry. It would be a hassle to get things straightened out, but there is only one possible outcome and that is that everything goes back to normal.

I’d never have to live on the street for even one second.

What about (the) FIRE?

I know what the real question was: If all your assets are gone (and you can’t get them back), then what about FIRE? Would you abandon it? Try to start all over? Have a new plan?

But I won’t go there: It is 11 PM, I am tired and I’ll have to publish my post tomorrow morning. Sorry.

Maybe the real reason is that I don’t want to think about it. It is too disturbing for me. And again, how would I react if this horror scenario would come true? Life wouldn’t end, but to what extent would it affect me?

Other personal finance bloggers who have been wiped out

SavingNinja – If you lost everything

FIRE v London – I’ve lost everything through a cyber theft

Gentleman’s Family Finances – If I lost everything

11 thoughts on “Thought Experiment: Wiped Out”

One family's journey towards Financial Independence and Happiness

Shaping the future through saving & investing